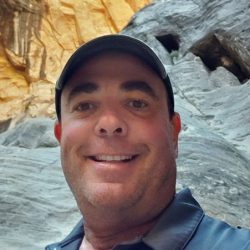 Snax is a mobile phone application. Snax allows moviegoers to order concessions from their seat in the theatre, and to have those concessions delivered directly to their seat, from the concession counter.

Surfs Up Of Hilton Head Inc.

Surfs Up is 5000 SF a retail souvenir-clothing store located in the Heart of Hilton Head Island. A must see tourist destination, filled with something for everyone.

Frosty Dog Café boasts Hilton Head Island Biggest and juiciest burger. Located near the beach, the café caters to locals and tourists alike with its authentic and home made sandwiches and salads.

Hilton Head Island’s largest selection of ice cream and self serve yogurt flavors. Tourists, and locals alike, flock to this establishment to enjoy the up-tempo atmosphere and cool refreshments during the hot summer months.

Ubuildit is a national franchised construction consulting business. Homeowners would hire Ubuildit to help them navigate the complexities of building their own home. Steve Maleh’s franchise was number one franchise in the country for three years in a row.

With construction booming in South Florida in 2005, new flooring became a “must do” project among home owners. GRS flooring brought the highest quality flooring décor to individuals remodeling their home.

Surfs Up of Saint Augustine Inc.

This development and management company was created to oversea and manage Steve Maleh real estate portfolio. At its high in 2000 managing over 36 apartment, and 7 single family homes.

Every year during the valentines day holiday season, Steve set up tables and venues throughout the University and solicited and sold hundreds of dozens of roses to help pay his was through college.